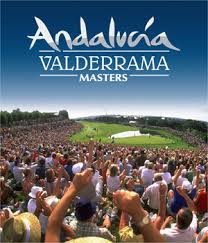 The Real Club de Golf Valderrama will start tomorrow in Sotogrande and it is promissing an exiting experience for the golf lovers.

Today the champions can be seen training as the Valderrama finish the wonderful set up for the event. This year also carries the added exitment of the first 9 holes which have been altered and never before seen by any of the pros. We are expeting the last 9 holes to be also refurbished for next years comptetion

All in all, fans have been arriving to sotogrande to see the stars par take in this challengeing tournament in the Valderrama golf course (one of Europe's finests).